Los Angeles - One of my favourite cities

El Pueblo de Nuestra Senora la Reina de Los Angeles translated, this Spanish phrase means "The Town of Our Lady the Queen of the Angels". A little wordy for the Twitter fanatics of today, but there you have it - the original name for one of my favorite cities - LA, a city that I have had a crush on for years - long before I even set eyes on it. Being a huge fan of Hollywood and movies like 'LA Confidential', and 'Chinatown', as well as of shows like "Six Feet Under' and 'Entourage' I simply love the way the city looks.
Los Angeles is home to five professional sports teams, two of whom are moving to a new $2.6 billion stadium. It also is home to two nationally recognized high school show choirs (John Burroughs and Burbank) and has well known art galleries like the L.A.Louver, Hauser Wirth and Schimmel, Night Gallery, William Turner Gallery, The Loft at Liz’s, MuzeuMM, The Good Luck Gallery and Art Share L.A. Los Angeles is also accessible to other charming California cities like Irvine, San Diego and Santa Barbara.
During my trip I stayed in the Melrose district where the Spanish-Colonial style of architecture dominates the landscape. Each house is unique in terms of both design and color - and while the cars parked outside are clearly of this century I look at it and imagine that things haven't changed that much since those homes were first built. And because I feel like the history of LA (as I know it, in my limited capacity) is not that far behind it's easy to slip in to one's version of the past.

Because none of my New York friends have anything nice to say about LA , I thought that , at best, I would appreciate the weather, and possibly the beach. Turns out it's neither. What I love about LA is what it stands for - the movies. There is this sexy Hollywood haze that hangs heavy over the city, giving me the feeling that at any moment I could run in to someone famous, some people call this smog, I call them killjoys.

LA is a huge, multi-cultural, warm city. It's the kind of city that puts you in the mood for romance - my specific image involved a younger Jack Nicholson (in any film), or Russell Crowe (not from 'The Insider'). But the best part of the city - like any fabulous city anywhere - is the people. They are nice and uniformly attractive, granted some may have taken a step too far but so what? You dye your roots don't you?

Anyway - the point is GO TO LA! And while you are there:

I would strongly recommend all those visiting USA, especially California and Los Angeles to purchase travel insurance. Given the exorbitant cost of health care, you would not want to be forced to visit a hospital uninsured. US insurers have designed travel insurance plans specially for international travelers. You can compare and buy visitor insurance plans at American Visitor Insurance. 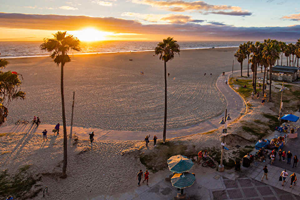 Tobacco magnate Abbot Kinney gets the credit for transforming a marshy stretch of shoreline south of Santa Monica into the “Venice of America.” 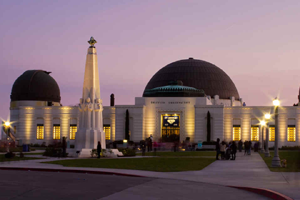 One of the largest municipal parks in the United States, Griffith Park offers a welcome escape from L.A. traffic. 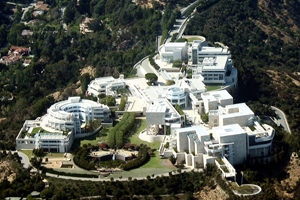 The oil magnate Jean Paul Getty was considered one of the richest men in the world when he established the J. Paul Getty Trust in 1953. 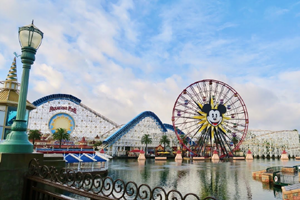 Located around an hour’s drive from Downtown Los Angeles in Orange County, Disneyland was the first of Walt Disney’s chain of theme parks.

Important factors while deciding on the best travel insurance to Los Angeles.